The Lost Summer of Louisa May Alcott

Louisa May Alcott was a champion of the independently spirited woman at a time when marriage was considered by much of society as a woman’s best and only choice for a happy life. She craved the writer’s life from a young age, happy with whatever solitude she could carve out for herself in a household that demanded much of her time.

It’s the summer of 1855 in Walpole, New Hampshire, and Joseph Singer, a young merchant, also feels the tug of familial duty. Soon to be orphaned by a dying father, he’ll become the caretaker of his younger sister and their fiscally unstable grocery store. This is also the summer that the Alcotts have moved to Walpole to take advantage of free housing. It’s not long before Louisa and Joseph meet through mutual friends. Louisa does not try to hide her distain for the shackles of marriage, and the harder she pulls away, the more persistent Joseph becomes. A mutual love of Walt Whitman’s newly published Leaves of Grass brings about the turning point in their romance. Before long, Louisa is in love and thinks the possibility exists that she could be a writer and a wife. Then, at a dinner party to celebrate the engagement of mutual friends, Joseph’s engagement to the wealthy Nora Sutton is announced.

The love story of Louisa and Joseph does not end here. The rest of the book is so compelling and well written that I hated to see it end. Regarding Louisa, I think Julian Hawthorne may have been on to something when he said, “Did she ever have a love affair? We never knew. Yet how could a nature so imaginative, romantic and passionate escape it?” I think I have to agree with him. 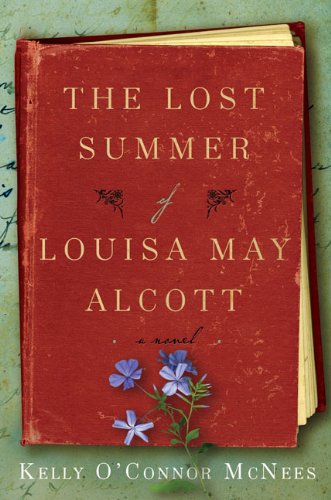