The opening scene of Tempting, which takes place in 1848, introduces us to a young and impoverished Simon Belleville, who is trying to defend his sister from an attack on a London dock. We next meet him 19 years later, but the psychological trauma of that earlier night has obviously affected his entire life since that point. He has made a name and fortune for himself, and now serves as the head of Her Majesty’s Morality and Vice Commission and plans to run for a seat in Parliament. He is in the process of shutting down brothels when he comes across a young woman locked into the attic of one of the houses of ill repute. He is unable to let her go to prison with the other prostitutes, and arranges for her to enter the Mayfair Academy for Young Ladies. Simon and Christine find themselves attracted to one other, but they have incredible barriers to hurdle. The story is imaginative with well-developed characters and more historical details than many historical romances, but I found Simon’s and Christine’s relationship to be lacking in electricity until near the end. 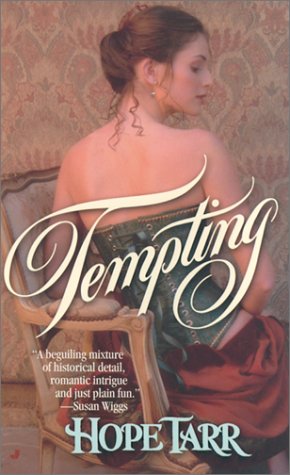