While teaching at a Tokyo school in the 1960s, Barbara Jefferson receives a bequest from her Japanese surrogate mother and mentor, Michiko Nakamoto. This bequest is a tansu (chest) full of bottles of plum wine. Barbara later discovers that the rice paper wrappings around the bottles are journal entries, telling the story of Michi’s life. Barbara asks Seiji Okada, a friend of Michi’s, to translate the documents. Throughout the remainder of the book, the story of Michi’s life unfolds: her experience in the Hiroshima bombing, her shame at being “hibakusha” (a Hiroshima survivor), and how this event influenced the rest of her life. Woven in through Michi’s story is Barbara’s evolving relationship with Seiji and the pain of secrets he holds dear.

Plum Wine is part drama and part mystery. It is part Barbara’s search for her own past and part exploration of war and examination of cultural differences. It is a sensitive and touching portrayal of the horror that was Hiroshima and a questioning of the policy behind the Vietnam War. A gentle novel of tragedies and the human connections they foster. 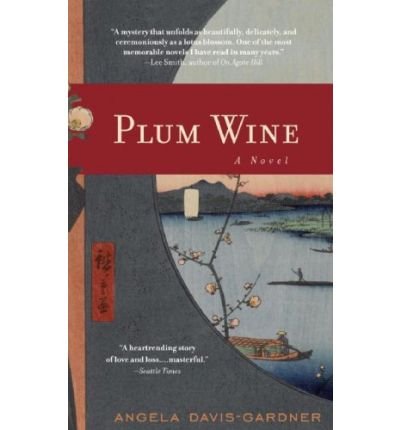