Alligator Bayou recounts an overlooked but disturbing episode of American history: the persecution and lynching of Italians immigrants. Calogero arrives from Sicily at the end of the 19th century to join extended family in their grocery business in Tallulah, Louisiana. His uncles and cousins have moved to a small town to escape the resentment that falls on large groups of immigrants in cities such as New Orleans. But in Tallulah, the Sicilians find themselves caught up in the tensions between the white and Negro communities. They are shunned as ‘colored’ by white inhabitants yet attacked by these same people when they try to make friends within the Negro population. As economic times worsen, the Sicilians’ very success in striving for the American Dream only adds to the antipathy of the white townspeople. Prejudice and misunderstandings fester until they erupt in the violence of mob rule.

In telling the story from Calogero’s point of view, and in the present tense, Napoli gives an immediate, detailed, and often painful picture of the South in the Reconstruction period. The aching loneliness of the immigrant adults and the struggle of the younger generation to honor their heritage yet fit in as Americans (and simply as children) are rendered acutely. Napoli also shows with terrifying clarity how, once one group of people is dehumanized, it is but a small step to dehumanize anyone else who threatens to upset the status quo.

My one small criticism of the novel is that Napoli herself gives in to stereotypes by giving little voice to Southern whites who object to segregation and lynching while making unprejudiced Northerners prominent. However, in Alligator Bayou, she brings to life a lesson in history well worth learning.

Alligator Bayou is written very realistically, and it shows the horrible truth about lynchings. Immigrants from Italy were not welcomed to say the least. The book seemed to be about boundaries, such as those between black and white people. Italians were the unfortunate people caught between the ‘line’. The book was not all negative, though. In having a romance with an African-American, Calo breaks these boundaries. I would recommend Alligator Bayou to anyone above 5th grade, because it shows segregation on a different level than younger children are familiar with. I very much enjoyed reading this book. 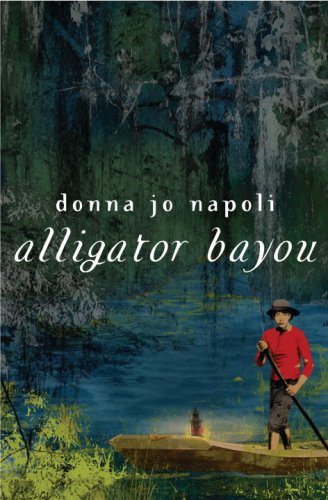