In 1761, Paris police commissioner Nicholas Le Floch rushes to investigate the apparent suicide of a young aristocrat. Nicholas immediately deduces that the young man was murdered and the suicide is a ruse. However, the aristocrat’s father, an elderly courtier to Louis XV, demands that the entire incident be hushed up. When Nicholas goes to meet the courtier’s wife who might have information for him, the poor woman is thrown to her death. Nicholas is determined to discover who committed these crimes, crimes that will lead him to betrayal at the highest level—even to the King’s favorite, Madame de Pompadour.

Parot’s descriptions of Paris are vibrant with all the grit of the mid-18th century. Food recipes pop up at the oddest intervals. Characterizations are sharp and varied, though a slightly omniscient point of view kept me from total immersion into Nicholas’ persona. The method of murder is unusual, and the story kept me engaged. I rooted for young Nicholas to succeed in his new position. 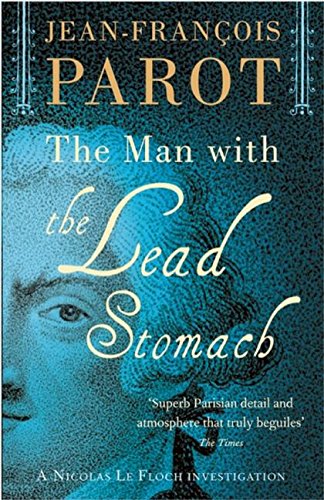