This 7th installment in the Gilded Newport Mystery series takes place in late August 1898. Mamie Fish, the wife of a railroad baron, hosts a gala at her recently completed mansion, named Crossways. Many in America’s high society want to be seen, to mingle, and to meet a special guest—powerful and wealthy bachelor Prince Otto of Austria. Our heroine, Emma Cross, also attends that gala. Smart, feisty, attractive, and single, she is a poor relative of the Vanderbilt family and now works as editor in chief of a local paper. Her readers love high-society news, but Prince Otto never arrives.

The next morning Otto’s body lies in a side yard of the mansion. He died of an expertly placed single knife thrust, a wound similar to that on another body found a few days earlier on a local beach.  Over the recent years (and several novels), Emma has pursued local murders. She can’t stay away from these new crimes. Hostess Amy Fish insists on helping. After all, Otto was slaughtered on Amy’s property.

Connections between the two killings begin to take shape. Rivalries among families, lovers, and dark family secrets underlie the killings. Many party attendees are suspects. Meanwhile, Emma’s newspaper operation suffers breakdowns beyond mere wear and tear. All the threads build to a fast-paced and layered end.

Told in Emma’s first-person point of view, the prose is appropriate to the time.  Through Emma, Maxwell gives an honest portrayal of the Gilded Age, its pretentious high society, and the second-class status of women. Using just the right period details, Maxwell puts the reader into the story without bogging down the unfolding murder mystery. Fans of the series will enjoy this caper. 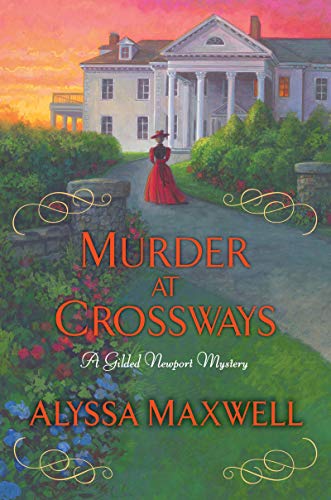