When Triss wakes up after an accident, she realises that something is very wrong, although she does not know what as she remembers very little about it. She doesn’t feel like herself. She is constantly hungry, even to the point of climbing out of her bedroom window at night to eat rotting apples. Other times she wakes up with leaves in her hair and dirt on her nightclothes. Her sister, Pen, hates her and lies about her, and Triss doesn’t know why. Soon Triss suspects that what happened to her is more strange, terrible and sinister than she could ever imagine.

This book, set sometime in the 1920s, is quite frankly one of the best children’s books I have read for years. I could not put it down. There are mysteries, sinister activities and questions at every turn. Every character in the story seems suspicious and guilty. You are drawn into the web of mystery that is unfolding before Triss’s eyes, and as she cannot remember nor figure out what is going on, the reader is as confused as she is. There are also hints throughout the book of madness and whether Triss can really be believed because of the state of her mental health. You are kept wondering and questioning right up to the very last page.

Cuckoo Song was originally released in 2014 and shortlisted for the Cilip Carnegie Medal in 2015. It is dark and dangerous and truly scary in places. I cannot recommend it more highly. Suitable for 12 years plus. 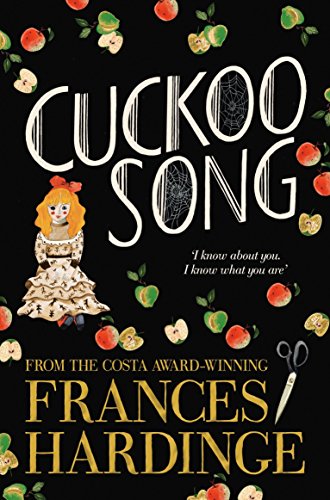