A Fatal Finale is the first in a new mystery series by Kathleen Marple Kalb, set in New York City in 1899, featuring opera singer Ella Shane. Ella, the daughter of a Jewish mother and an Irish Catholic father, was orphaned at an early age and grew up in the tenements of the Lower East Side. Now she is one of the leading singers of her time, a mezzo-soprano specializing in trouser roles—male roles sung by women. She lives with her cousin Tommy, a retired boxer who, it is strongly suggested, is gay, and who manages her career. They have a loveable parrot named Montezuma, who sings along when Ella practices.

When Ella and her company are on tour, the soprano singing Juliet to her Romeo dies on stage. Her death is ruled an accident, but when a British duke claiming to be a relative of the dead singer arrives in New York, he is not convinced her death was an accident. Ella helps him to investigate, and soon finds herself attracted to the duke, much to her surprise, since she has always thought of herself as married to her career, and she thinks a duke can only have dishonorable intentions toward an opera singer.

This is the start of a wonderful new series. Ella is an amazing character, an expert at fencing and cycling, besides her singing career. She is fiercely independent, having resisted all suitors, and wants to stay that way, even though people keep reminding her that, in her mid-thirties, she will soon be too old for motherhood. Kalb paints a vivid portrait of New York at the end of the 19th century. The supporting cast includes several strong women as well, such as Ella’s friends, reporter Hetty and physician Dr. Silver. Highly recommended. 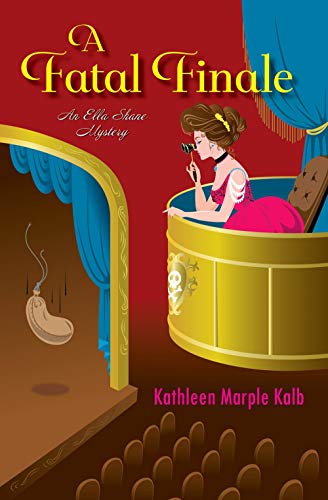