The Last Train to London

There are many unsung heroes – known as Righteous Gentiles – who risked their own lives to save Jewish people from extermination under Nazi rule. A good many will forever remain anonymous, leaving their stories behind in silent history, but The Last Train to London does justice to at least one real-life figure.

In this heartfelt and mesmerizing novel based upon Dutch heroine Geertruida Wijsmuller-Meijer (known to her rescuees as Tante Truus), readers will learn about her role in saving many Jewish children in Nazi-occupied Europe by smuggling them to safety via the Kindertransport, while risking her life over and over again. Truus displays unrelenting bravery as she faces off against some of the most dangerous war criminals in history.

In another storyline that ultimately connects with Tante Truus’, Stephan, who is Jewish, is a brilliant teenage writer who hopes to become a playwright someday. He is from a well-off family of chocolatiers and at this point, in the mid-1930s, the Nazis are not of a concern to him, as they have not quite reached Austria yet.

Žofie-Helene, who is Christian and a math genius, is the object of Stephan’s affection, though the two are just friends for now. Žofie-Helene’s mother is a “radical” newspaper writer who is vocal about her abhorrence of the Nazi occupation. When things become too dangerous for Stephan, and his family begins to fall apart, he goes into hiding.

The author’s impeccable research breathes life into both fictional and real characters and takes the reader on an unforgettable journey through one of the most harrowing eras in modern history. If you like books set in World War II featuring complex, courageous female protagonists who were ahead of their time, this book should earn a place at the top of the list. 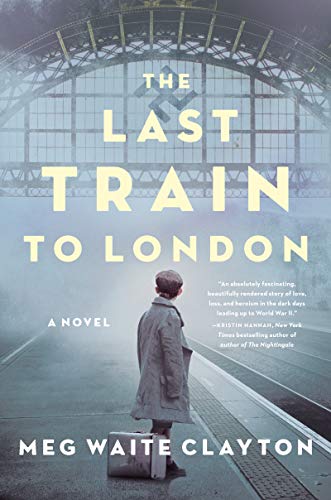