1704. The expansionist designs of Louis XIV of France, who has his eye on the Spanish Netherlands, threatens European stability. The British army under the Duke of Marlborough is en route to link up with Prince Eugene of Savoy and his German allies in a bid to halt Louis’s army.

With Marlborough is young Charles Carey, Captain of Dragoons. Charles is moody and hot-tempered, but he is also intelligent, a master swordsman, and speaks fluent French. When suspicions are raised that someone is sending vital information to the enemy, Charles is sent to France to find the spy and put a stop to his activities.

Meanwhile, Marlborough’s army is marching towards the Danube and a final reckoning with the French army at Blenheim. But has Charles managed to prevent the French getting hold of Marlborough’s plan of battle?

Captain of Dragoons is Ronald Welch as his best. The story has it all, and it plunges immediately into action, danger, and nail-biting suspense, leading to a shocking and unforeseen twist at the end when Charles finally unmasks the spy.

I enjoyed this book, not least for the way Welch brings the now little-known War of the Spanish Succession to life and makes it clear what’s at stake. Spain ruled the Spanish Netherlands and when the Spanish king died childless, Louis XIV of France claimed the throne for his grandson, Philip. It was vital for British interests that he be stopped. A British victory would also impact on the hopes of the exiled James III, now living in Paris, of regaining the English throne.

This is a story of a young man’s coming of age as well as a thrilling adventure, as Charles  learns to control his temper and becomes more understanding. Boys (and girls) who like adventure will enjoy this book.  (Ed. Note: To purchase this edition, see the publisher’s site rather than Amazon.) 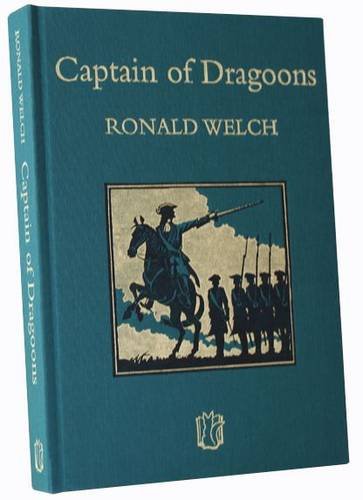