Wherever There Is Light

In 1920, fifteen-year-old Julian leaves Germany for America because of his dictatorial Jewish father, Professor Rose. He becomes wealthy by joining a Newark bootlegging gang and dealing in real estate. In 1938, Mrs. Wakefield, daughter of a slave and the founder of an African-American college in South Florida, hires Professor Rose, rescuing him from the Nazis. Julian is invited to his parents’ welcome party. There he meets Mrs. Wakefield’s daughter, Kendall, a glamorous black woman. Despite their religious and racial differences, Kendall and Julian fall in love and begin an off-and-on affair lasting for nearly 30 years. The two tackle the problems an interracial couple would typically encounter. Both relocate to peaceful pre-WWII Greenwich Village. The war interrupts their romance; Julian is recruited by the OSS, and Kendall serves as a combat photographer. Kendall settles in post-war Paris, and fate brings the sweethearts together when Julian is sent to Paris on a mission.

Peter Golden has penned an unusual love story between a Jewish man and a black woman. The evocative title spotlights their epic romance. As the novel’s numerous settings transport us mentally to its locales, so do its well-narrated scenes of interracial relations, religious biases, and prejudices. These impact not only the couple but also their families and friends. The Paris segment’s showcasing of American expatriate life among artists, writers, and intellectuals is particularly well-handled. However, it’s the protagonists’ own self-interests – Kendall’s devotion to art, and Julian’s to wealth and aggression – that conflict with their love. The strong writing and numerous sex scenes keep us engrossed to the ending. Highly recommended. 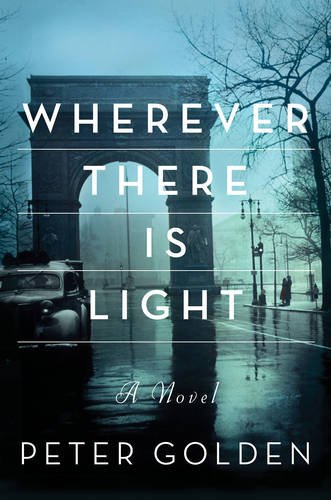