St. Cyr, better known to his readers as Devlin, arrives with his family in a small Shropshire village in 1813, ostensibly on a quest to discover the truth about his own identity and to pay homage to a slain friend. What he finds on his journey is more than he bargained for.

Of course, Devlin quickly becomes involved in a murder investigation. Despite the town’s efforts to classify the death of a young widow, found dead on the banks of the river, as a suicide, the pieces don’t fit. Why is Emma Chance in Ayleswick? Who is she sketching and why? As Devlin digs deeper, he learns she is not the first young woman to have died under mysterious circumstances.

The inhabitants of Ayleswick are not what they seem, either. The town takes on a personality of its own – a history of deadly fire, black market doings, and just plain bad folks with nasty secrets. To add to this messy stew is newly ensconced Lucien Bonaparte, estranged brother of Napoleon, who appears to have more up his sleeve than first appears.

What a delight!  Not just a fun romp, this is well-written and plotted, and, again, as Devlin attempts to sort out truth from artifice, a showpiece for Harris to create wonderfully fleshed out and complex characters.  One of the best Devlin entries, and highly recommended! 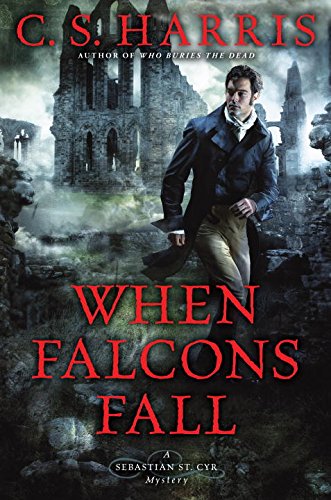