Under a Dark Summer Sky

The storm-tossed Florida Keys of 1935 is the setting for this impressive debut novel. Since he went off to fight in World War I, Missy has been missing the love of her life, Henry. He returns scarred, damaged, and part of a team of veterans hired by the U.S. government to repair a bridge. He’s also seen the wider world, and had a lover in Paris who did not class him lower because of the color of his skin.

Henry’s sister Selma thinks she has drawn him back home with the power of her spells. Missy has long ago become content with her life as a companion to her mother and as a domestic worker, fondly caring for the Kincaid family’s baby son. The town, both black and white, is suspicious of Henry and the rough-and-ready veterans. Suspicions heighten when Mrs. Kincaid is found beaten almost to death after a town celebration. As Henry is brought to jail and, he thinks, almost certain lynching, the most powerful hurricane to hit North America is gearing up to strike Heron Key.

Lafaye plumbs the depths of her characters as the storm approaches. Life in a segregated society shows with all its darkness of the heart under the strain of catastrophe. The hurricane and its effects are powerfully rendered, as are the quietest openings of the heart. Highly recommended. 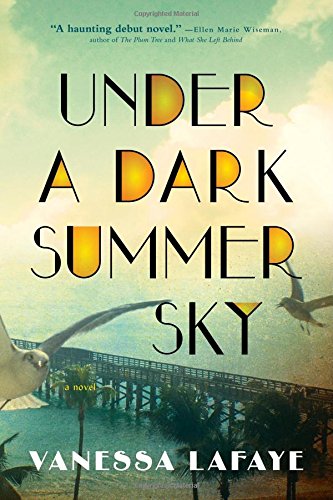