This is the sixth and final book in this series, which I had not come across before. Twin monarchs Satyrus and Melitta have made huge sacrifices to secure their fertile kingdom on the Black Sea. But as the colossal conflict between Alexander the Great’s former generals to inherit his empire rages from one end of the known world to the other, standing by is not an option. If their kingdom is to have a future, Satyrus and Melitta must join forces with one of the contenders, knowing that making the wrong choice could mean disaster.

All sides are massing their forces for one last battle, and enemies are scheming in the background, determined to secure the spoils of victory for themselves. The twins find themselves caught in a deadly web of intrigue.

This is far more Satyrus’ story than Melitta’s, which was a little disappointing. And not only does Satyrus have to fight to save his kingdom, he is searching for Miriam, the woman he loves who has been taken as hostage. Satyrus is a likeable hero. Yes, he’s a highly-skilled warrior but is also self-aware, self-doubting at times, and makes many mistakes. There are a number of plot threads, and these are skilfully woven together, while building the suspense which culminates in the climactic battle of Ipsos. The action is fast-paced and gripping in a vividly-portrayed world.

As this is Book Six in a series, there were allusions to numerous previous events and characters of which I was unaware. This is to be expected when joining a series at such a late stage. New readers shouldn’t be discouraged from this highly entertaining and engaging book. 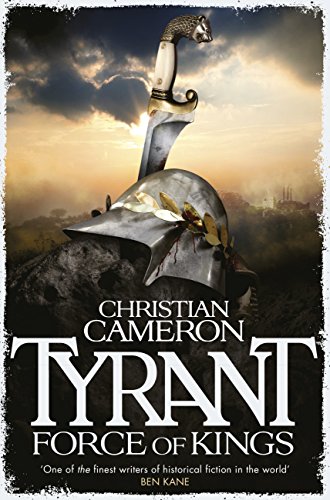