At the start of the 20th century, the British Viceroy in India dispatches a mission into Tibet, aiming for Lhasa and negotiations leading to a treaty of peaceful co-operation between the Dalai Lama and the British Raj. A journey into the unknown via the top of the world: harshest terrain, unspeakable weather and unknown inhabitants who, only possibly, may be friendly. The mission proceeds under the command of James Macdonald and the memorably-named Francis Younghusband. Who better to join this dangerous expedition than Simon Fonthill, whose legendary speed and skill in improvising tactics make him the ideal leader of the scouting Mounted Infantry, doing what he is famous for: turning a forlorn hope into triumph. At his side as always is indestructible ‘352’ Jenkins, a genius with horses who dreads mountains. Simon’s wife, Alice Griffith, accompanies the mission as foreign correspondent for the Morning Post. The valiant, now middle-aged trio have been joined by young Sunil, an outstandingly promisingly marksman.

Worst fears are confirmed in a narrative of shocks and thrills all the way in this first-rate yarn, backed up by the author’s wide knowledge. Encounters ending in the massacre of poorly-armed natives distress Alice. Compassionate and a political radical, she ventures, with Sunil, into Lhasa hoping to contact the powerful lamas, so preventing further bloodshed. Unhappily, she falls into the hands of the merciless Khampas. Will Sunil effect a rescue? Does Simon know what’s happened? Will this determined woman admit she has been a fool? Read on and enjoy. 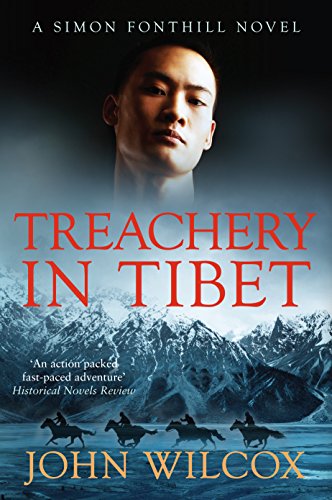