The Witch of Painted Sorrows

Belle Époque Paris. Sandrine takes refuge with her grandmother, last of a line of courtesans stretching back to the 16th century. Fleeing her husband and grieving her father’s untimely death, Sandrine is terrified and bereft. Grandmère doesn’t want Sandrine anywhere near the ancestral home, Maison de la Lune; yet the house, or something residing in it, calls to Sandrine. She begins to feel and act unlike herself. When she meets the handsome young architect Grandmère has hired to catalog the house’s collections for transformation into a museum, and then enrolls herself as a painter at the École des Beaux-Arts, Sandrine’s life simultaneously takes off and unravels, leaving her in both ecstasy and terrible danger.

This is a Gothic ghost story and romance, with foreboding galore, and more than its fair share of eroticism. As befits the genre, the prose is competently florid rather than elegant, and the atmosphere is slathered on with a trowel – one should not look for subtlety here; it would be out of place. When it comes to descriptions of painting, Rose lacks the ability of, say, a Susan Vreeland, but Rose’s descriptions of Paris, and especially the Maison de la Lune, are immersive and captivating. The occult element is interesting in its multiculturalism: from Jewish Kabbalists to members of an alchemical secret society, Rose covers all the bases here. The pace is slow and, by the end, the reader is left feeling that the novel was perhaps too long by a fifth, but this does allow the tension to build unhurriedly to a suitably satisfying conclusion. It appears this is to be the first in a series, and it will be interesting to see how Rose explores the lives of other Verlaine women, from Sandrine all the way back to her 16th-century ancestor, La Lune. 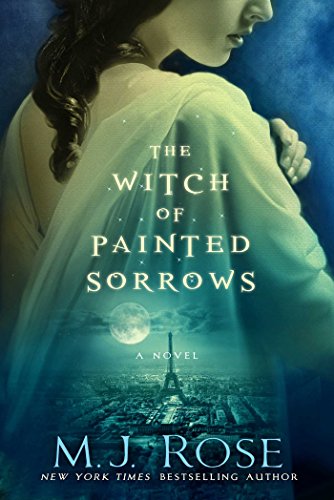