Over a century before Columbus“discovered” the New World, Basque whalers were already hunting whales and setting up whaling camps in what are today Canada’s Atlantic maritime provinces. In this well-researched novel set in 1364, Bender tells the story of Kepa de Mendieta, a harpooner who is presumed drowned after his boat is capsized by a whale; his shipmates return to Spain without him, leaving only a gravestone on the beach in his memory.

He is rescued by Achaku, a beautiful Indian healer, with the help of a friendly whale. Kepa, who is himself practiced in the medical arts, is entranced by Achaku’s beauty and kindness as well as the savage beauty of a strange new land. As the days pass, Kepa forges close bonds with Achaku and her community, realizing all the while that he would return to Spain when the whaling fleet came back in the spring. Or would he? Would the love that is undeniably growing between him and Achaku hold him there forever?

Bender’s research in writing this novel was meticulous—including joining a Smithsonian Institution archaeological dig at a Basque whaling site in Canada—and it shows, not only in her depiction of Basque whalers and their whaling methods but in the customs and culture of the native people as well. The Whaler’s Forge is an entertaining and informative read for anyone interested in knowing more about pre-Columbian explorations of North America and its native people. 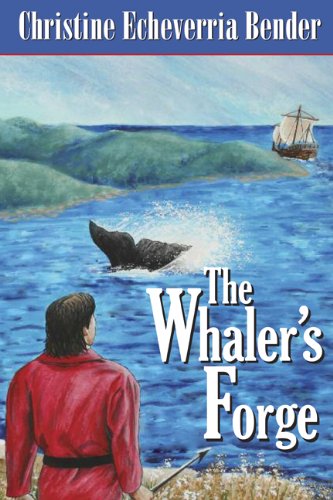