In 1322 Venice, elderly adventurer Marco Polo lies on his deathbed, remembering that dangerous time when he served as principal magistrate of the city of Cambaluc under the great Mongol lord Kublai Khan. There, he saw for himself the beginnings of the Black Death, rumors of which are now beginning to reach Venice. The scene then flashes back to China in 1286. Members of the Pourers’ Guild, the city’s cleaners, are being brutally murdered, their deaths connected by a demon from Hell that passes from one body to another in order to survive. To save his realm from destruction, Kublai Khan enlists the help of three trusted servants – Marco, a Franciscan priest, and a visionary Buddhist nun – who band together to defeat an enemy who may not even be human. Less the expected detective story than a historical horror novel, complete with beheadings, assassinations, and other related gruesomeness, Plague Lord nonetheless entertains with its brilliant depiction of the radiant imperial court – and the creativity with which Doherty imagines the origins of medieval Europe’s greatest tragedy. 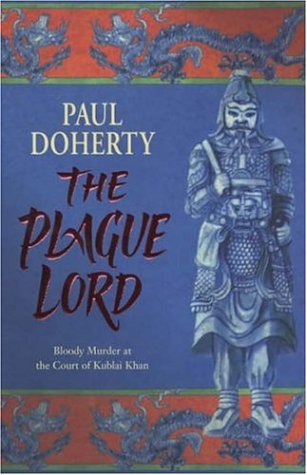