Elizabeth McKague’s novel, The Paper Boat, dramatizes the life of famous Romantic poet Percy Bysshe Shelley along straightforward lines, taking readers from his youth to his breakthrough in the London literary scene. His relationship with his wife (and fellow writer) Mary is realized in very pleasing complexity, as is the oddness of Shelley’s character, his work habits and his dealings with an assortment of secondary characters.

Dominating the novel is Shelley himself, but he has stiff competition from Lord Byron, who is captured with marvellous energy and accuracy in all his larger-than-life moods.

McKague has a keen ear for dialogue, and she brings vivid energy to all the incidents and currents of Shelley’s life, all shadowed the entire time by the readers’ knowledge that Shelley will meet his death at age twenty-nine in a boating accident.

Shelley’s poetry is threaded throughout to very sensitive effect, and McKague’s appended notes and references confirm the sense of how well researched the book is. A smart and gripping fictional retelling of Shelley’s life, strongly recommended. 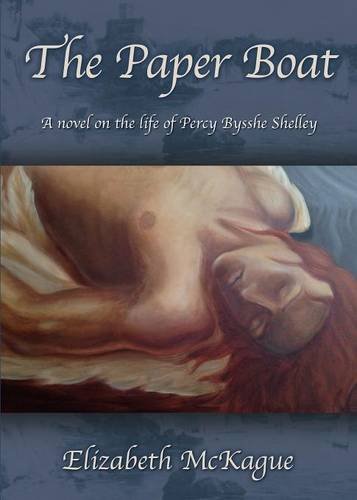