This first novel of a new mystery series begins with Boston housewife Abigail Adams visiting Rebecca Malvern, only to discover some unknown woman’s bloody, brutalized corpse—and no sign of her friend. Abigail faces three significant problems: locating the missing Rebecca before the killer can, resolving the murder’s apparent connection to the Sons of Liberty, and not implicating her lawyer husband John, a prime suspect.

Boston is a town under curfew, occupied by British soldiers. A parallel to the colonists’ drive for independence is the lack of freedom experienced by the women in the novel, wife or servant, respectable or not. Conspiracies abound and suspicion is rife.

Abigail’s intelligence, devotion to family, and humor make her eminently sympathetic. Relying on the legal knowledge and deductive skills gained from John she seeks Rebecca, dodges danger, and comes ever closer to identifying the killer—at significant risk to her loved ones. Hamilton provides those rich and telling details that convey personality and locale and has a gift for dramatic pacing. A singularly successful example of re-imagining a historical figure as a sleuth and a brilliant beginning to a series deserving of a sizable readership. 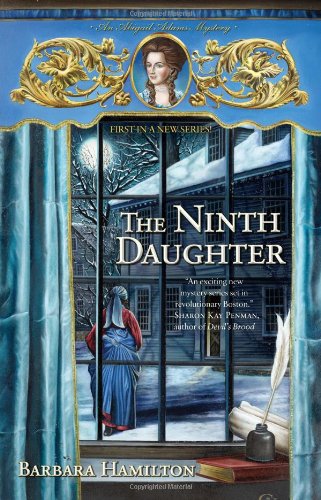