The Leopards of Normandy: Devil

William the Conqueror is a major figure in English history, well-known to schoolchildren along with the date of 1066. However, what is not so well known are the events leading to his birth and his early life. In the year 1026, Richard succeeds as Duke of Normandy on the death of his father. However, it is not long before conflict breaks out with his younger brother Robert. There follows a fascinating story of brotherly rivalry, cold-blooded assassinations, brutal repression and great love. Robert falls deeply in love with a tanner’s daughter, with whom he has a child – William, who will become known as The Bastard. When his father dies William is declared Duke, but still only a young child, will he survive the murderous and bloody politics of Norman life?

The Leopards of Normandy: Devil is the first instalment in a trilogy telling the story of William. The life, culture and times of the Normans are vividly portrayed in a fascinating story. The author combines fact and fiction, both in terms of story and characters, in a way which brings alive the whole period. This is historical fiction at its very best. Highly recommended. 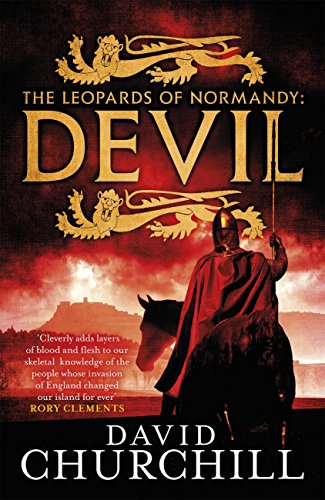