The Lawyer from Lychakiv Street

This Ukrainian crime novel requires at least some knowledge of the time and place in which it is set, so it is worth perhaps looking into the background. It is set in 1908 and is the story of a young lawyer, Klymentiy Nazarovich Koshovy (luckily for the reader known throughout as Klym) who comes from Kyiv (Kiev), at that time part of the Russian Empire. Many young people there were rebelling against Russian domination, and Klym belonged to an anti-government group, was arrested, jailed and beaten. His father has some influence and manages to get his son released. Klym decides that he needs to get away and sets off for Lviv, at that time part of the Austro-Hungarian Empire. He plans to visit an old acquaintance, Genyk Soyka, the eponymous lawyer from Lychakiv Street.

Before he arrives, we meet Genyk in his apartment, where he seems to be protecting a mysterious package whilst being watched over by a bodyguard, whom he unwisely dismisses. Klym finally arrives at the apartment only to find Genyk dead. Suicide or murder? Klym is certain it is murder but, when he reports the death, finds himself under suspicion and arrested. This is where the plot thickens, and I say no more. It is complicated, with various twists and turns, numerous red herrings and a fair sprinkling of dead bodies. Klym’s search for the truth leads him into all sorts of dangers and adventures, facing pickpockets, the Lviv underworld and even terrorists. I found it an atmospheric and compelling novel and, in spite of its unfamiliar landscape and convoluted narrative, a really satisfying read. 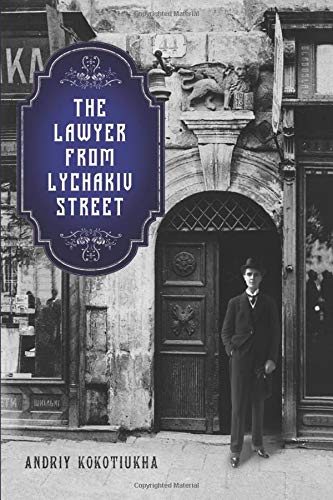 An Indiscreet Princess by Georgie Blalock: Seeking the Story of an Elusive Princess
Launch: Isabelle Chevallot’s The Song and the Sword
Launch: Alana White’s The Hearts of All on Fire
New books by Historical Novel Society members, August 2022
Ask the Agent: Michelle Brower & Jennifer Weltz
Forthcoming children’s and YA historical novels for 2023
More articles