As The King’s Rose opens, fifteen-year-old Catherine Howard has a new suitor—Henry VIII, who soon plans to make her his queen. It is a role Catherine’s fiercely ambitious Howard relations have been grooming her to fill, her dubious past notwithstanding. Dutifully, Catherine follows their lead, despite her own misgivings and the haunting example of her doomed, glamorous cousin, Anne Boleyn.

In this novel, narrated by Catherine, Libby takes on several challenges, and succeeds admirably in all of them. First, she tells the story in the first-person present tense, a device which, in the hands of the wrong writer, can quickly become tedious or unintentionally comical. Here, however, it works, helping to build an atmosphere of tension and growing menace. Second, Libby presents the more salacious aspects of Catherine’s story to young adult readers in a manner that is neither prurient nor unrealistic. Third, Libby tells an oft-told story in a way that makes it seem fresh to those who have heard it often; at the same time, she gives enough background detail so that those who are less familiar with Henry VIII’s wives will not be at a loss. Finally, her Catherine is a sympathetic figure, yet Libby gives her a certain amount of edge and does not fall into the easy trap of making her wholly the victim of her scheming elders. As a result, this is a novel that will be staying on my crowded Tudor shelf. Ages 14 and up. 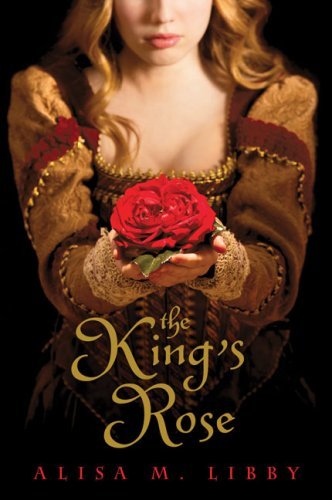