Yorkshire, 1176. When a village blacksmith is viciously murdered, the lord of the manor intends to hang his suspect, an outlaw, despite the absence of witnesses and evidence. Aelred Barling, the meticulous clerk to the King’s Justice, is sent to investigate, assisted by a reluctant Hugo Stanton. Resenting the King’s men’s interference, the lord and villagers demand that the execution proceed. Hugo questions the outlaw’s guilt, but when he escapes, more murders follow. Then Stanton is unexpectedly attacked. Can they find the murderer before more die?

It takes time to warm to Barling, whose reserve and pride in Henry II’s judicial reforms are necessary to oppose the lord’s illegal claim to rough justice and to rein in Stanton’s impetuous methods. While the picture of medieval daily village life is well drawn, the cottagers remain stereotypes. However, these are minor problems. Cleverly plotted, the action is fast-paced and full of twists and turns, surprises, and suspense. The identity of the murderer remains a mystery up to the exciting end.

This is the first in a series. We are given tantalising hints of Stanton’s tragic past, and Barling is a character I look forward to learning more about. Highly recommended. 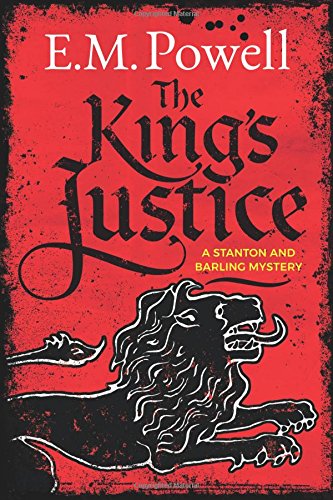