London 1763, and brothers Edgar and Benjamin Bowen are to embark upon The Grand Tour to mainland Europe. They are close in age, around twenty, and come from a stifling, cultured, mercantile family, with their mother, Rachel, putting her faith in the refined benefits to be obtained from education and the social connections her sons will gain abroad with fellow British travellers. Both men are excited by the prospect of seven months’ unprecedented freedom, but Benjamin, the younger brother and the story’s first-person narrator, has a more complicated perspective: he is gay, a highly dangerous proclivity, as “sodomites,” as they were then generally known, could well be hanged. Entirely understandably, no-one else knows of Benjamin’s. While in Paris their commercial background makes them figures of fun when they endeavour to enter the higher echelons of Parisian society, and they learn some hitherto unknown and unwelcome facts about their mother.

In Italy, Benjamin meets the eponymous Horace Lavelle. Benjamin is captivated by Horace’s lèse-majesté and iconoclastic views. Lavelle is a force of nature, willing to upturn polite society’s mores, and he drives a deep wedge between the two brothers – Edgar is shocked by Lavelle, while Benjamin is excited by his permissive and promiscuous attitude. Lavelle is a fascinating and quite repulsive character; he claims to see the unpleasant reality underneath the shabby veneer of European culture, and delights in shocking Benjamin and challenging his received shibboleths. His influence changes the trajectory of Benjamin’s life completely, and he can be seen as a harbinger of the revolutionary views that will sweep France later in the 18th century

At times, the language seems a little modern, but in his afterword Neil Blackmore freely admits to an anachronism or two, so no real complaint! This is a wonderfully engaging story – ribald, forthright and hugely entertaining. 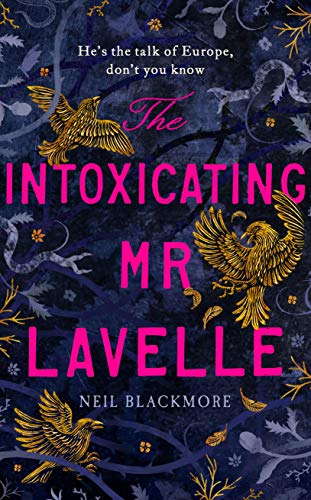