This is an accessible and highly readable account of the German bombing of London and other strategic targets in England during WW1. Germany’s intention was to force Britain to accept peace terms, having suffered the destructive force of these new and terrifying terror weapons, which delivered death from the skies directly to the (then) world’s largest city with the newly developed longer range bombing aircraft.

It is a fascinating account of typical initial British bad planning and ad hoc make-do, with growing domestic panic and collapsing morale in the London population, allied to a German iron will to achieve their aims. Fortunately for both Britain and France, Germany lacked the strategic vision to make best and most lethal use of these new weapons.

It is interesting to note that while we are still debating the ethics underlying the bombing of German cities in WW2, Germany was the first country to adopt such methods and their explicit intention was to cause as many civilian casualties as possible, to destroy English morale in the capital, as well as attacking inter alia munitions factories, communication hubs and Government buildings. Germany also developed and intended to use highly effective incendiary bombs to ruin both Paris and London, and would indeed have done so had it not been for the end of the War in 1918 – very like the bomb that the Allies were to use to inflict such destruction on Hamburg, Dresden and other German cities in WW2. 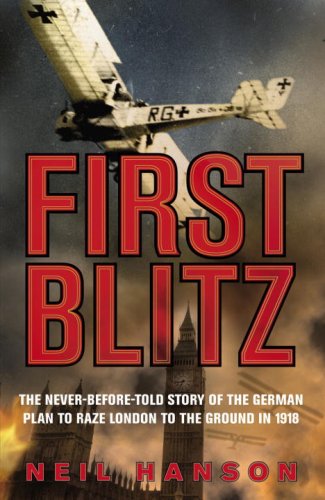