The Falcon Queen (The Norsewomen)

Written by Johanna Wittenberg
Review by J. Lynn Else

Norway, 9th century. Asa has won back her home, but her warriors are few, and the spring promises raiding parties led by men who would challenge the new queen’s rule. Hearing of Asa’s success, young Ragnhild runs away from her home to pledge herself as a shield maiden. On her journey, she’s captured by Hrolf, a trained berserker who plans to overthrow the queen. When Asa’s people rescue Ragnhild from Hrolf’s clutches, they unwittingly invite more danger to their land. Ragnhild’s father wants to marry his daughter off for Irish silver and his greed will cause him to join forces with Hrolf. Can Asa’s people find victory against the many threats sailing to their shores?

The second novel in The Norsewomen series brings to life the early reign of Queen Asa and the many challenges of the time. The story of Asa and Olaf, her lover and neighboring ruler, deepens while the author introduces new characters to propel the narrative forward. Asa is now the ruler of her father’s lands and must gather forces to survive the coming raiding season. Because the first half is set during the winter months, the urgency is less intense than book one but by no means less nuanced.

Wittenberg has a comfortable grasp on Viking culture, from practices preparing food for winter, weaponry and warcraft, as well as ship construction and repair. The varied women’s roles and their training as shield maidens are some of my favorite aspects of the series. Additionally, Asa and Hrolf both use magic to inhabit the bodies of animals, adding an enjoyable mystical layer to the story. The characters and time period come alive within Wittenberg’s prose, casting a spell on all who enter the halls of the Norsewomen series. 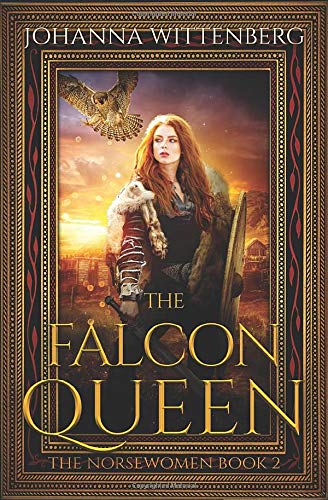