In this third installment of the Poppy Denby Investigates series, our titular heroine, a burgeoning reporter, begins the novel enraged with her managing editor, Rollo Rolandson. He had lost a bet that a New York Times editor could try to increase ad revenues of his London-based Daily Globe within three months. If he does, the new editor can buy 60% of its shares, effectively forcing Rollo out of his position. While the interim editor tries to improve the Globe (and surely none of Rollo’s staff would sabotage his efforts), Rollo leaves London as part of the terms; he takes Poppy along because since she’s been at the paper, ad revenues have gone way up, and he doesn’t want her making money for them. While in New York, they stumble upon a puzzle involving human trafficking, forced prostitution, and immigration. Somehow linked is the murder of a New York socialite in his penthouse. Poppy and Rollo can’t let it go until they figure it out and get the inside scoop ahead of their competition.

As with the previous two novels, this was taut and entertaining. I also liked Poppy’s development from the earlier books. She’s always been torn between her upbringing as a Methodist minister’s daughter and her own desires as a career-minded young woman in the 1920s. Her inner conflict felt more pronounced to me in this book. Poppy has enlightened standards for how women should be treated that deviate quite a bit from her very traditional, conservative background, which at times cause her stress. This fits in well with the blossoming awareness about the conditions of immigrants and sweatshops and people forced into prostitution. While it was fun to see 1920s New York, I confess I missed London. In any case, it was an exciting, well written story and a good series addition. Recommended. 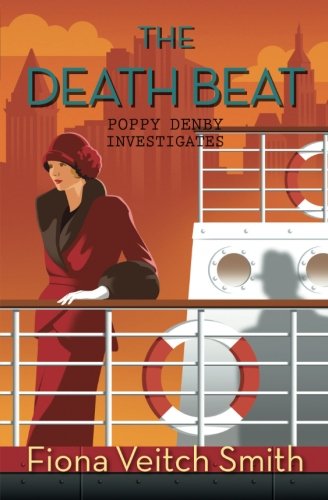