In 1851, there are odd goings-on at the Strangers’ Burying Ground outside Yorkville, a growing community north of Toronto. Graves are being disturbed, which infuriates sexton Morgan Spicer, but because the bodies are left intact, “resurrectionists” can’t be blamed. When Spicer runs into Luke Lewis, the new assistant physician to the elderly Dr. Christie, he realizes who can help him: Luke’s father, Thaddeus, an old acquaintance of Spicer’s who is known to love puzzles. On his return trips to Yorkville after preaching along the Yonge Street circuit, Thaddeus tries to catch the culprit.

The principal viewpoint in this 4th in the series, though, is Luke’s. He’s a charming character with aspects of his past he’d prefer to keep secret, even from his father, but a chance encounter with two young women draws him into situations that become steadily more worrisome. Luke is a straight-laced fellow, which creates some amusing episodes. True to his shy nature and Methodist upbringing, he’s alarmed at the thought of attending a soiree downtown (“If there was to be dancing, it was a good excuse to stay home”), but his employer knows that his mixing with the wealthier classes will help him fit in and increase their income. Dr. Christie’s burly and irascible housekeeper, Mrs. Dunphy, adds more doses of humor.

At times the historical backdrop gets lecture-y, particularly the long recap of the 1837 Rebellion, but otherwise mid-19th-century Toronto is richly evoked, with its political and religious divisions, bouts of deadly illness, the beginnings of urban sprawl, and the reputed miracle cures of Irish-born “Holy Ann” (a real person). Americans in particular may appreciate seeing how their country’s antebellum policies on slavery play out north of the border. Kellough also keeps readers on their toes by fleshing out her plot with unexpected turns throughout. 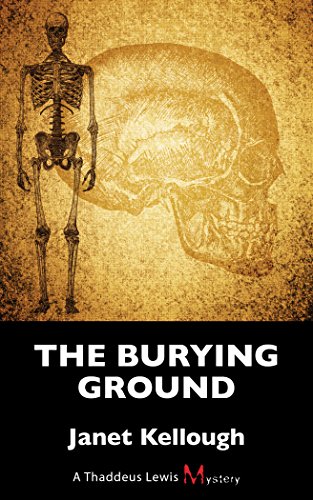