In 1955 Karl Baier is the Acting Chief of Station at the CIA site in bustling Vienna, Austria. Although Vienna is a hotbed of espionage activity, the attention of the western powers, including the United States, is focused on Egypt, where France and the UK are contemplating military action over concerns about the Suez Canal. Meanwhile, Austria’s neighbor Hungary, currently under Soviet occupation and with its own Communist government, is experiencing incipient unrest, as much of its population is craving the same freedom which exists in Western Europe.

Karl has recruited a human source who has deep access to the Hungarian communist leadership apparatus. A message now arrives from a mysterious refugee that this asset, “bluebird,” may be in danger. After trying to get support from Washington, and assistance from British intelligence allies, Karl must now make the precarious decision to infiltrate into occupied Hungary to rescue his agent who has now become his friend. He is on the move just as the Hungarian uprising against the Soviets commences.

The Budapest Escape may not be a high-tech, action-packed, kinetic spy thriller, though there are Soviet tanks, Communist thugs, and treacherous spies on all sides. There are also a few grammatical editing issues. However, I found it to be an admirable thinking-person’s espionage novel which brings to light the human intelligence tradecraft of the Fifties, which may seem almost innocently primitive to the modern reader. It also illustrates there was a time after the war where it was possible all of Europe could have fallen to Communism. Rapp is a long-time intelligence veteran of the protracted Cold War, which lends the book even more authenticity. An educational and enjoyable read. 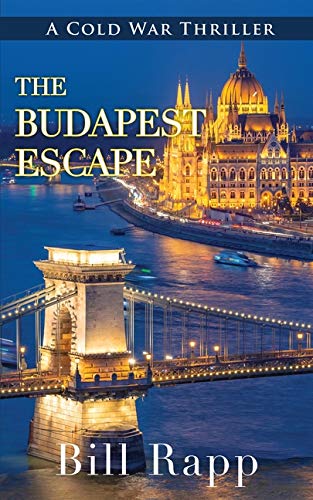