Told largely from the narrative focal-point of a young girl, Sophia, the niece of the woman who would go on to become the infamous Empress Theodora of Rome’s Eastern kingdom, Peter Lavelle’s The Bear Keeper’s Daughter, the first book in his “Broken Empire” series, gives readers a close-up, behind-the-scenes view of both the Constantinople of the early sixth century, decadent and wracked by internal conflict, and the fiery-tempered young Theodora, who rises from the lowliest ranks of public entertainers to the highest rank of society virtually through sheer will alone.

The story is energetically told, and its dramatic energy has been attracting writers since Procopius. Lavelle’s Sophia is a fairly well-drawn character, as is the old emperor, and although the paperback has some distracting printing issues, the series as a whole shows some promise. Another edit would be worthwhile, and maybe a more inspiring cover? 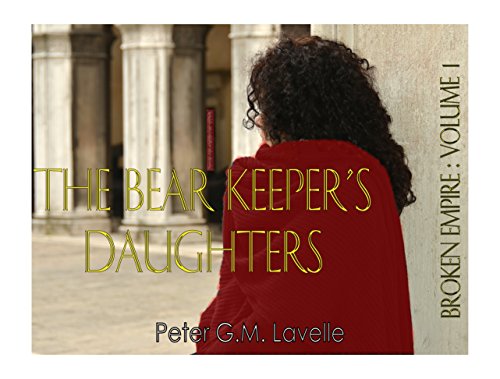