In 16th-century Pesaro on the Adriatic coast, Antonius, a young man of common background, is born with an ability to read minds. This gift finds him a position as an apprentice to the local seer, Savinus. But the Conte Valperga is one of the seer’s most important clients and, to avoid offending him, Savinus must take the nobleman’s less gifted son, Nichola, on as apprentice as well. Antonius and Nichola compete for skills including shapeshifting, attention, and the seer’s beautiful daughter in ways that soon turn deadly.

Frequent ambiguous antecedents and jumbled points of view are basic technical shortcomings of this book that make reading a chore. The author doesn’t have a good handle on the nuts and bolts of the era, either. Potatoes? Bloomers (as in underwear)? Insane asylums? (The insane asylum in Pesaro dates to the 19th century.) Reading scripture to the insane is a Protestant thing; we’re in a world where the only good scripture is in Latin. Cod are a cold-water fish, not found in the Adriatic. Stray, unnecessary characters, unsupported events and a villain made unworthy by ten key days spent in a funk in bed continue the list of my struggles. Many titles deal with the time period much more skillfully, and the fantasy elements can be more viscerally felt and believably seen as plot points in any number of books of that genre. 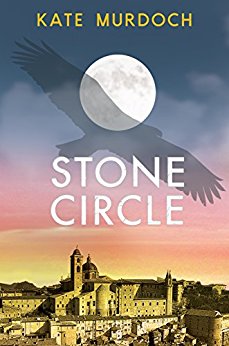