The Tracker of London, Crispin Guest, must solve a 20-year-old murder in his 14th adventure, set in 1398. Lawyer Nigellus Cobmartin has just inherited the family home upon the death of his lazy older brother. In making long-overdue repairs, his workmen discover a skeleton plastered behind a wall – clutching the family relic, a lock of St. Elmo’s hair, that everyone believed had been stolen by a trusted servant.

At the urging of Nigellus’s wife, Crispin enlists his assistant Jack Tucker to tackle the case, and Crispin’s 14-year-old illegitimate son Christopher begs to view the skeleton as well. The man had been murdered, his hands and feet bound, but the appointed sheriff of London has no interest in this crime. Crispin must apply his considerable skills to ferret out what happened to Wilfrid Roke. Few members of the household staff who knew him remain alive, but all are suspects until proven innocent. Then the family records for the month of the theft disappear, and Roke’s son is murdered.

Westerson expertly reveals Crispin’s backstory for those unfamiliar with the series, and his complex life and the connections he has made enable him to uncover the truth. The historical detailing is precise, and the characters are richly drawn and immensely likable. Fans will be saddened to learn that Crispin’s arc is nearing its end, yet this is a fine installment about a fascinating detective, with an ending that sets up his future defense of the House of Lancaster. 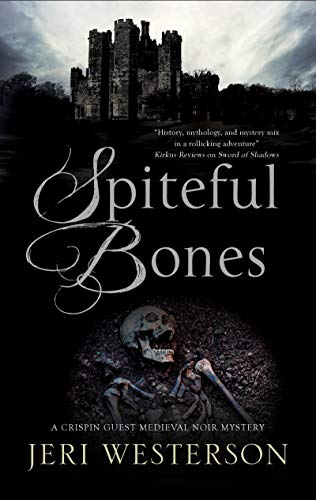