This three-part novel, which tells the story of Mia Levy, is set mostly during the mid-part of the century, but with framing elements from 1975. The young Mia, a budding pianist and the daughter of a doctor, is first met at in Krzemieniec, “an ugly, provincial little artists’ colony” where her family spends their summers. Mia, now a music student in Paris, feels trapped in the dreary town. However, it is the summer of 1939, and far worse is to come. Before she and her family return to their home in Lodz, the Germans have invaded Poland, and their lives are turned upside down. The first part of the novel follows the family’s fall in Nazi-occupied Lodz, the second finds Mia in Brooklyn at the home of her aunt and uncle at the time when Japan attacks Pearl Harbor, and in the third, she is in Occupied Paris, working to defeat the Nazis.

This is the author’s first book, and despite glowing comments on the dust jacket and in periodicals, his lack of writing experience shows. The characterizations are shaky and terribly inconsistent. The heroine and members of the supporting cast show little coherence in their actions—it almost seems as if they are behaving as they do only to create drama. Some actions, particularly in the third section of the book, are simply preposterous. While many of the situations are horrific, at times the characters’ reactions seem oddly muted and detached. Although the plot was able to propel me past some of these stumbling blocks in the first two sections, the whole creation fell apart in the last, which is filled with gratuitous sex and erratic behavior. The author had a wonderful idea for a novel; it is unfortunate its execution is so flawed. 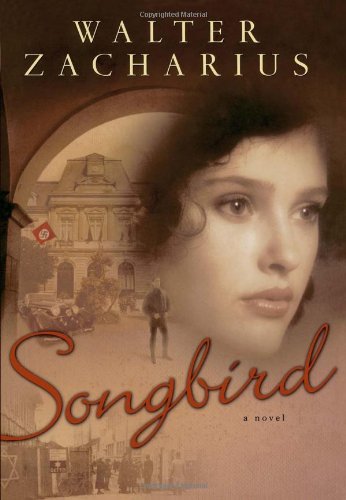