So Wild a Dream

In 1822, Sam Morgan is growing up in the mountains near Pittsburgh, with itchy feet and a hungry spirit. At 19, he leaves his home and family to experience the wild frontier, trekking seven-hundred miles across the Great Plains to Fort Atkinson on the Missouri. Along the way he meets with companions who teach him the ways of the world, and gains priceless experience in survival and self-knowledge.

This is the first of a series based on the mountain men who explored the unmapped West with the fur trade from its beginnings in the early 1820s to its denouement in the late 1830s. It includes those who were excluded from the first western myth – mountain men, Indians, women, and blacks, who adventured in the new land and loved its immense possibilities.

Blevins has been called the foremost expert on the Plains Indians, and sections dealing with the tribes Sam encounters, particularly the Crows, show respect and admiration for the native people without idealization. Many characters are based on historical personages, and these are well-realized as well. Sam is very credible, but some of his fictional companions lack dimension. Blevins’ writing style is erratic: some passages flow smoothly and draw the reader into the scene; others are somewhat stilted. Sometimes he mixes tenses: normally he uses straight narration, but in a few passages, Blevins switches to present tense. Presumably he wishes to project a heightened sense of immediacy, but the effect is uneven. Blevins also takes the reader into several of the characters’ heads, sometimes within the same scene.

The story is interesting, but the style is inconsistent and detracts from the tale. 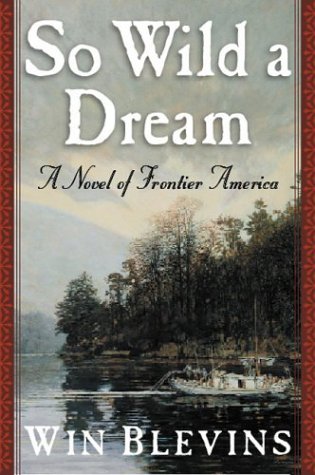