This sequel to Claire’s Last Secret continues the life of Mary Shelley’s stepsister, Claire Clairmont. Both novels refer to the halcyon summer of 1816 on Lake Geneva when Mary penned Frankenstein and Claire’s brief affair with Lord Byron produced an illegitimate daughter, Allegra.

Shadow images sprinkled throughout the novel refer to a shadowy rider pursuing Claire on her quest to the Convent of San Giovanni in Ravenna, Italy, searching out the truth about her daughter’s death from typhus, and to Claire and Mary’s lives with their share of shadows, both having lost children to death. The most touching scene is when Claire touches the initials Allegra carved into her convent cell.

With minimal plot and action, the slow-moving scenes unfold like a foreign film. The real journey is a psychological one as Claire reflects on Byron the brilliant poet, rakish legend, and most infamous literati of his time. As she reads his memoir, given to her by his friend Trelawny, the lonely man and kindly father emerges. The final chapters culminate in a sudden climax. Claire finally feels at peace until a surprising revelation. Ambrose teases the reader, leaving the door open for her final book in the Lord Byron mystery series.

Rather than spread this story over multiple padded, somewhat repetitive novels, why not write a tight, satisfying single piece? 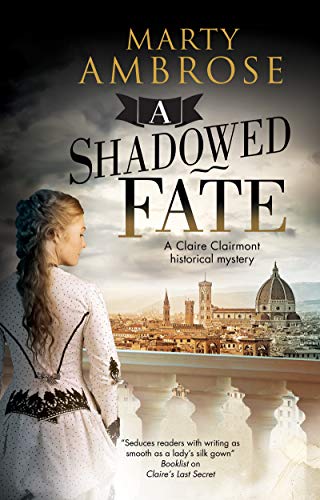