The title Shadow Patriots refers to those individuals who assisted the Americans during the War for Independence by gathering intelligence—spies, in other words. In this novel, the spies are members of the Culper Ring headed by Abraham Woodhull and Robert Townsend of Long Island. The heroine is Kate Darby, a young Quaker woman from Philadelphia with family connections in New York and Long Island. Kate is acquainted with Peggy Shippen, her husband Benedict Arnold, and Major John Andre. As a Quaker, Kate is not considered to be a threat by the British, and as Peggy Shippen’s friend, she is in a unique position to learn of their plans. Kate’s efforts as a spy begin innocently with visits to her brother in Washington’s army at Valley Forge. She is soon recruited to gather intelligence for the Americans, using the code name “355.”

Robson has written an interesting and at times beautiful narrative. History has recorded a spy with the code name “355,” which means “lady,” but has carefully guarded her true identity. Robson’s fictional accounts of “355’s” activities, and her theory of the “how” and “why” behind her actions, are a logical extension of the facts known to us. 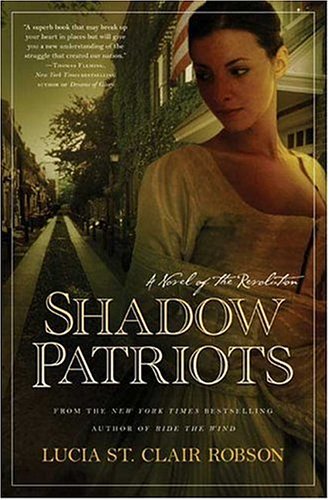