Say No to the Duke: The Wildes of Lindow Castle

Lady Boadicea Wilde (Betsy to her friends) sets out to receive more proposals than any other debutante, not too difficult really since she is beautiful, charming, and the daughter of a duke. She is about to receive yet another, this time from a future duke, but she finds herself unaccountably distracted by, and attracted to, the infuriating Lord Jeremy Roden. Jeremy is struggling with PTSD from the war with the American colonies, but despite his sardonic teasing he is strongly attracted to her too. Which one will she choose? And so the dance begins.

There is a dash of mystery surrounding the interference by Jeremy’s unpleasant cousin; and interesting insights into the effects of PTSD and the pressures upon young aristocrats to conform to accepted standards of behavior and to make a socially advantageous marriage. The strength of this Georgian romance, however, is the lively humor with which its unconventional characters are portrayed, especially Lady Knowe, who has my vote for everyone’s favorite aunt. 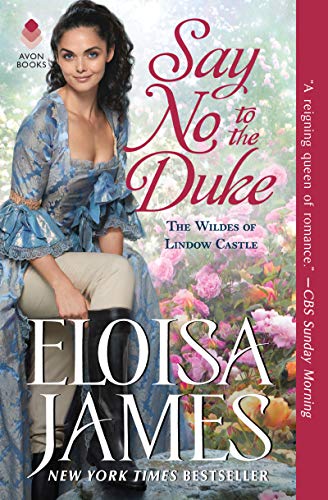