I have sailed with Alan Lewrie, R.N., on sixteen voyages before Reefs and Shoals and was as eager to embark for the seventeenth as was the temporary squadron commander himself. Set in 1805, Captain Lewrie is dispatched to enemy waters off Florida and Cuba to check the freebooting Spanish and French privateers (essentially legalized pirates in the Age of Sail) and end their disruption of British trade. Lewrie, the womanizing, hard living “Ram Cat” famous for his questionable activities on shore as well as his superb command and battle strategies at sea, is to use diplomacy and persuasion in calling upon officials and naval officers of the young United States to assist him with his task.

Our gallant hero is, of course, anything but diplomatic, and I imagine the author had more than a little fun placing “Ram Cat” in these situations. Be of good cheer though, for the good captain displays rare talents in his new field of work while simultaneously, naturally, engaging in yet another of his seemingly endless love affairs. Dewey Lambdin remains a joy to read, and his devil-may-care Lewrie is easily Napoleon’s greatest naval antagonist after Horatio Nelson. Lambdin promises Lewrie’s next voyage will take him south of the equator bound for glory and for what will undoubtedly be yet another liaison! 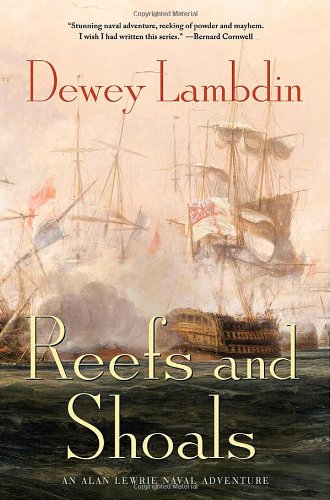