Queens of the Crusades: Eleanor of Aquitaine and her Successors (England’s Medieval Queens)

Weir’s latest non-fiction offering covers the lives of five English medieval queens, from the best-known Eleanor of Aquitaine, through to another Eleanor, queen to Edward I. The author herself acknowledges that the title of the work sits a little uncomfortably, for only three of the five went on crusade. In addition, the sources are patchy, which makes for a sometimes-frustrating experience, for example there is relatively little detail about Queen Berengaria (Richard the Lionheart’s wife) until she is widowed, when she starts to rule her lands independently, although there is more detail about the later queens as they start to take a more prominent role.

Despite these constraints, this is an interesting study which explores the differing roles English queens took: as political bargaining chips, given in marriage to secure alliances, and maintaining them through webs of cross-European relationships, and occasionally having direct political influence as regents.  However, more often they were simultaneously excluded from official forms of political power but still wielded considerable informal influence and were also wealthy and influential landowners in their own right.

Weir’s prose is, as always, readable and entertaining, and as a result this book does a good job of illuminating the lives of these powerful and fascinating women. 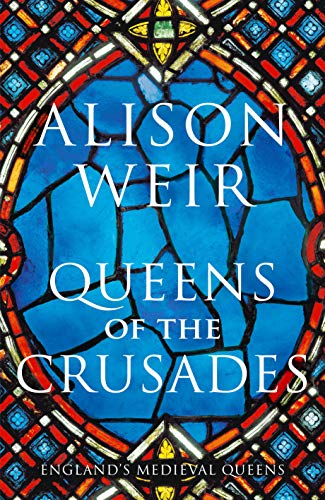