Presenting History: Past and Present

In this insightful book, Peter J. Beck, an emeritus professor of history in the UK, cites data indicating that both British and American young people woefully lack historical knowledge. The author goes beyond bewailing this state of affairs to asking what historians can do about it. His answer is “presentation, presentation, presentation.” Beck thinks history professors should try to turn out books that will attract a wide readership. He also sees television, film, the Internet, and, yes, historical novels, as having a role to play in bringing history to life.

Much of this volume consists of a survey of how in recent years history has been presented to audiences outside academia. Beck looks critically at a number of historical novels, Hollywood films, and television documentaries, as well as the work of university-based historians who write accessible, popular histories. Some of the names mentioned may be more familiar to British than American readers, but he discusses history presenters as diverse, and as widely known, as Philippa Gregory, Thomas Keneally, Niall Ferguson, and Mel Gibson.

Readers will be struck by how seriously Beck takes the role writers of fiction play in transmitting historical knowledge. He accepts the fact that some people learn about the past mainly from fictional works, and devotes a chapter in his book to Philippa Gregory, a historical novelist who is a university-trained scholar with a doctoral degree. Beck credits her with refusing to twist facts for the sake of telling a good story. Stories, spiced with sex and romance, of women who manages to survive on their own terms in a patriarchal society, have continuing appeal, and Beck notes how novelists artfully weave in egalitarian themes, as well as a female perspective on the past. Beck’s treatment of novels like Gregory’s, written primarily by and for women, is respectful and enlightening.

How much distortion of historical fact is acceptable in fiction? Beck presents a variety of perspectives on this question, and without dogmatically taking sides, suggests he prefers well researched works that adhere to known facts about history.

Beck’s lively and engaging writing style makes this thought-provoking book a pleasure to read. Those seriously interested in historical fiction and how knowledge of the past is transmitted in the modern world will find it engrossing. 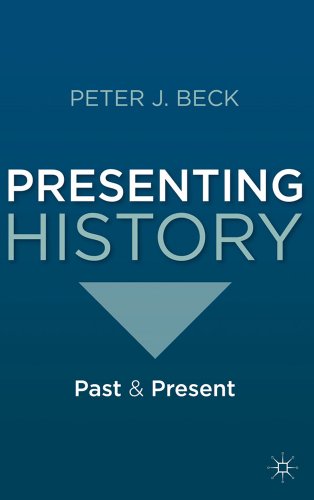