This is a story based on the family history of the writer, told mainly in a series of letters and set in 1946. Solomon is asked to produce a school project and chooses the letters he exchanged with his older Polish cousin, Bernie, throughout the Second World War. Bernie’s story is true, but almost unbelievable. Forced to flee the Nazis in Poland, he is sent to a Russian work camp, then recruited into a Polish national army being assembled in Russia. Eventually this army ends up fighting at Monte Casino in Italy, and then beside other Allied armies as they re-take Europe from the Nazis.

Solomon is lonely and has his own traumas: he is evacuated to a countryside and a family he knows nothing of, whilst his mother, a nurse, must remain in London to work throughout the Blitz. Sometimes bullied, sometimes happy—a trip to see badgers in the woodlands at night stays vividly in his mind—he shares his feelings and worries with Bernie and in return receives accounts of fighting, wise advice and the story of the bear mascot his squadron adopts. Bernie and Solomon are Jewish, and the book touches honestly but sensitively on the horror of the Holocaust, and the death of Bernie’s mother and father amongst countless others. The story deals with many kinds of loss and fear—the history of Miss Drury, Solomon’s class teacher is a poignant one—yet has a happy ending.

The book also has a final section dealing with the importance of Remembrance Day celebrations in the UK, and of memorials in general. Recent memorials to the victims of Covid-19 are mentioned. The novel is beautifully written, wonderfully illustrated and a treat to read.

Recommended heartily for primary schools and home-reading for children of eight and upwards. 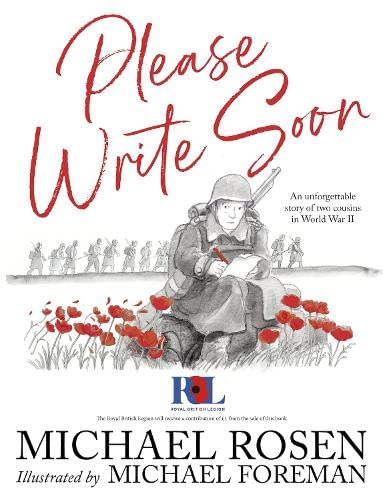