None of Us the Same

None of Us the Same is a story of heart, hope and heroes, a World War I novel with the feel of authenticity, as seen through the eyes of author Jeffrey K Walker’s keenly drawn characters.

Deirdre Brannigan hates the idea of war, but the death of her father and her brother’s injury lead her from Dublin into service as a military nurse. Newfoundlanders Jack, Will, Toby and George, friends since childhood, enlist and head to the battlefields of France full of adventure and optimism. All are unprepared for the psychological effects of war, the resultant deaths, injuries and shattered dreams, but they cope in their own way. When the war ends, the futures of those still alive are fraught with regret battling with hope as they fight to move beyond their suffering and loss to make lives for themselves. Particularly tender is the love affair between Deirdre and Jack.

This compelling story is impeccably researched and well-written, with rounded, likeable characters not afraid to show their humanity. The French battle scenes come alive with the horrors of the trenches, gas warfare, the effects of barbed wire, the coping strategies of field hospitals. As well as the locations in Newfoundland and London are drawn, perhaps the Dublin scenes veer towards being overly ‘Oirish’?

It is no surprise that this novel has been nominated for a clutch of awards, and next book in the Sweet Wine of Youth trilogy is keenly anticipated. 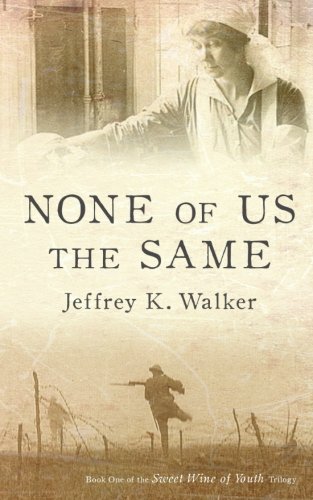 Assassinating Napoleon: The Eagle and the Viper by Loren D. Estleman
Launch: Patricia Bracewell’s The Steel Beneath the Silk
Launch: Dianna Rostad’s You Belong Here Now
Islanders and Invaders: The Girl from the Channel Islands by Jenny Lecoat
Allure of the Artist: The Fascination with Creative Artists in Historical Fiction
Guide: our definition of historical fiction
More articles More guides