Sarah Brandt and Detective Sergeant Frank Malloy return once more in Thompson’s fourteenth Gaslight Mystery novel set in 1890s New York City. This time, Sarah’s father, Felix, reluctantly hires Malloy to investigate the death of a member at his private club, the Knickerbocker. Felix hopes Malloy can quietly solve the mystery with as little gossip as possible. As Malloy questions the friends and family of the deceased, he uncovers many possible suspects. Even though he had been a member of this elite aristocratic club, Algernon Abernathy was no gentleman and had racked up many enemies. Malloy enlists the help of Sarah to sort through all the suspects, who include everyone from the valet to Algernon’s mistress.

As with all her other novels in this series, Thompson once again delivers a masterful mystery. Sarah and Malloy seem to really connect in this story, advancing their friendship and foreshadowing future love. The growth of Sarah’s parents in this story is also very interesting as they begin to overcome their prejudices and slowly accept Malloy into their lives. Overall, a fine mystery and engaging story. 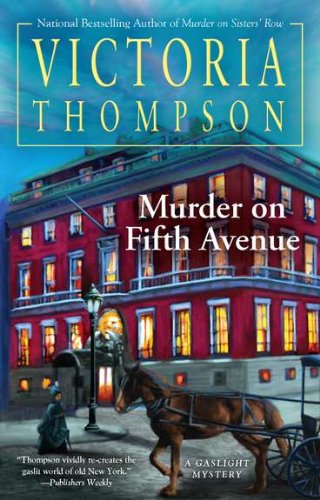