Former secret service agent Verity Kent has done her time serving behind German and French lines in WWI. Her forays into Germany, held confidential by the Official Secrets Act, allowed her access to her aunt, Tante Ilse, who witnessed the horrors of war as a German. During Verity’s missions in Germany, she encountered deserters from all sides committing treasonous acts. In England, while spending the Christmas holidays with her parents, husband, and family in Yorkshire, she spots a thatch-haired man loitering on the outskirts of the property.

Meanwhile, Tante Ilse and her maid Bauer have come to visit with Verity and her family. Post-war, anti-German sentiment abounds in the village, and also in the household where Tante Ilse is staying. One day, Verity discovers a note from Bauer saying she wishes to see her. Soon after, she and her husband Sidney discover Bauer dead from a pitchfork stabbing in a nearby barn.

Verity’s quest to find Bauer’s killer breaks open festering postwar wounds as she must unravel whether or not the killer is related to the man she has seen lurking on the grounds. In addition, Verity must determine whether that vagrant is a second deserter whom she encountered during the war or another soldier who committed treason by planting a bomb that resulted in the loss of British troops.

Fans of Anna Lee Huber will again revel in the author’s expert storytelling, along with her ability to weave historical backstory seamlessly into the ongoing narrative. All the while, Anna Lee Huber invites the reader into Verity’s emotional reactions, so the world of post-WWI England takes shape, and the reader becomes a part of it. This novel continues the Verity Kent Mystery series. 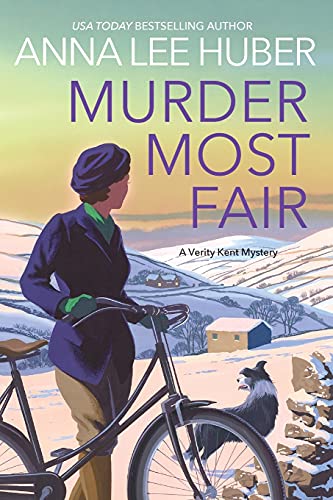