The American Civil War is raging in the background of the Scott Rezer’s novel Love Abideth Still when Sarah, his main character, gets word in 1863 that her estranged husband, Taylor, has been killed in action. When his body belatedly arrives back in Philadelphia for burial and Sarah encounters one bureaucratic tangle after another regarding his regimental pension, her frustration and anger (sensitively portrayed by Rezer as an uncomfortable but unavoidable part of her grief) prompt her to re-examine the letters Taylor sent from his time with the Union army. She had previously dismissed these letters as merely Taylor’s attempts to “aggrandize” his own actions, but gradually they come to dominate her thoughts, just as they come to dominate the action of the novel, serving as windows for extensive flashbacks to Taylor’s action-filled campaigns and encounters with several historical figures – including, most memorably, a preening, oafish Major General John Pope.

Rezer’s extensive research subtly serves to remind readers how prominent a role soldiers’ letters home play in our understanding of the human dimensions of the War Between the States, and his slow unfolding of Sarah’s growth as a person rings true. The prose can be a bit purple at times, but the book gains a very touching momentum as it moves to an unabashedly sentimental ending. Recommended. 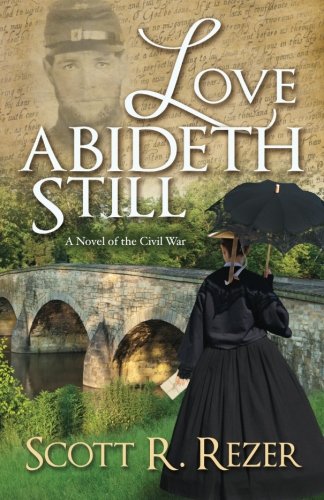