Letters from the Corrugated Castle: A Novel of Gold Rush California, 1850-1852

Written in the form of letters, this unusual book is about thirteen-year-old Eldora, who has just moved with her aunt and uncle from New Bedford, Massachusetts, to the gold rush bustle of 1850s San Francisco.

Eldora is an orphan. Her mother, ill with cholera, had been refused passage on a ship to San Francisco. The captain promised to take baby Eldora to her father, and her mother sent her along. But in San Francisco the captain could not find Eldora’s father, so he took her home to New England and gave her to his childless aunt and uncle.

But eventually a letter arrives. It’s from Eldora’s mother, who survived and has finally traced her daughter. Eldora has difficult choices to make. Her mother is wealthy, but has great responsibilities. Eldora wants a mother who will mother her. Her mother lives in a remote area; Eldora wants friends and schooling, but she is a girl of the 19th century, so no teenage angst and tantrums for her. She has been taught to reason and think, and with the help of her friends she makes the best decision for herself.

An excellent read with superb research, a genuine 19th century heroine and a satisfactory conclusion. Ages 10-14. 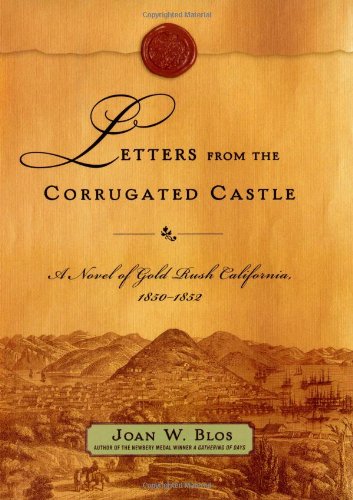