In The Shadow of the Sun King

Madeleine Clavell is devastated when her estate is overtaken by the king’s dragoons. As a Huguenot in Catholic France, she hides her sons from being kidnapped and forced to convert. Fearing for her family’s safety, she rushes to Versailles to beg King Louis XIV—a close childhood friend—to uphold the Treaty of Nantes, which guarantees tolerance. But Louis now wants to unite France under one religion. He is furious when Madeleine refuses to become his mistress, and vows revenge on the Clavells. Madeleine returns home to find her estate burned, her husband arrested, and her daughter snatched into a convent. Now she must rely on God’s mercy and an unexpected source for help.

With its simple prose, this reads like a young adult novel. Character and setting details are sparse. The grandeur of Versailles is mentioned several times but never described. The author often tells what happens rather than shows. Most of the dialog is preceded by the “telling” of what speakers are about to say before they say it. The religious aspect, the characters’ unshakeable faith in adversity, is strong in the last third of the story. For fans of inspirational novels. 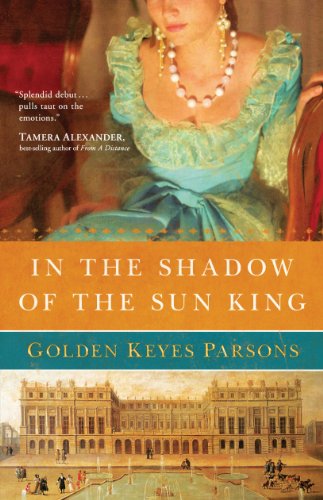