If You Are There

In 1901, Lucia Rutkowski is destined for poverty and millwork in a Warsaw ghetto when she flees that fate for domestic service in Paris. Her great risk pays off. She hones her culinary gift, and with luck and pluck lands a position with another Polish immigrant: the great physicist Marie Curie. Obsessed with their work, Marie and Pierre Curie desperately need Lucia’s domestic skills. Here, Lucia’s story takes an unexpected turn. Parallel to exacting scientific research in radiation, the Curies are drawn to other mysterious, unseen forces: contact beyond the grave and the spectacular séances performed by the exotic, enterprising Italian medium, Eusapia Palladino. Lucia moves between the worlds of faith and science, grounded by intense devotion to Marie Curie. While Palladino’s spectacular effects were revealed as hoaxes and chicanery by Houdini and many others, the austere and famously agnostic Curies’ mysterious attraction to Palladino is one of the most fascinating elements of this novel.

Multiple points of view and Lucia’s ambiguous relationship with an awkwardly appealing investigative reporter add layers to her story, while Lucia herself remains largely an observer, her own psyche relatively unexamined.

Readers interested in the Curies, in the tense interplay of faith, showmanship, and science, and the vibrant expatriate world of 20th-century Europe will enjoy this latest offering by Susan Sherman, author of The Little Russian, her acclaimed debut novel. 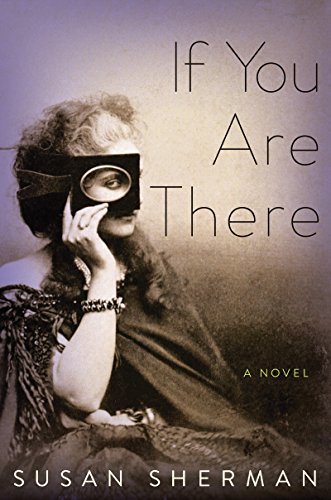