Written in the form of William Shakespeare’s autobiography, the novel tells his life story from his birth in April 1564 to his death in April 1616. It is possible Shakespeare died on his birthday but, given we don’t know the exact date of his birth, we can’t be certain. In fact, although he is arguably the world’s most revered playwright and poet, it is extraordinary how little we do know about him.

In I, Master Shakespeare, David Lawrence-Young offers some plausible answers to the questions that have perplexed scholars for centuries: where was Shakespeare during the ‘lost years’ of 1585 to 1592, before we can definitively place him in London? Who was the dark lady of the sonnets? And why did he leave his wife their ‘second best bed’?

Written in an easily accessible style, the novel is meticulously researched. The author shows us the inner workings of Shakespeare’s mind and brings to life his world, moving from Stratford on Avon to the theatres of London, and the courts of Queen Elizabeth and King James.

Recommended for long-time admirers of the Bard, or for those who simply wish to learn more about the man Ben Jonson so fittingly described as, ‘not of an age, but for all time’. 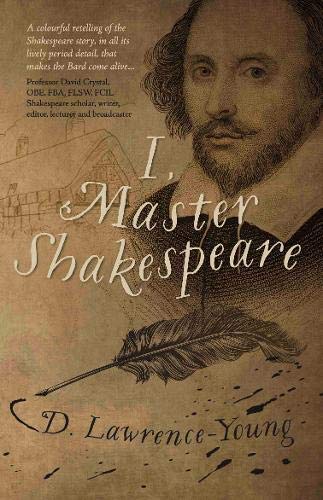